Mystery of the Sphinx 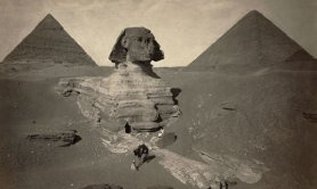 When looking for evidence of this, however, Schoch noticed that the erosion was heaviest on the upper parts of The Great Sphinx and enclosure walls and not around the base where flooding should have undercut the monument. He therefore concluded in June 1990 that the erosion had indeed been caused by the weathering of rain over thousands of years rather than by wind erosion or flooding. He later published these findings. (7) Check out this video exploring the evidence in the video below. On 23rd October 1991, Schoch presented his material to the Geological Society of America, where it was grudgingly accepted rather than embraced (8). However the academic world was not totally convinced with one scholar, Carol Redmount of the University of California, claiming it undermined "everything we know about Ancient Egypt" (9) and another, Peter Lacovara, assistant curator of the Egyptian Department of the Boston Museum of Fine Arts, muting "there are no big surprises in store for us". (10) He wasn't ready to believe that The Great Sphinx predated the Egyptian civilisation. Despite these reservations, it appeared proved beyond doubt that the erosion had been caused by water and rainfall rather than flooding. But then another tenacious scholar waded in with a different agenda. Mark Lehner, of the Oriental Institute at the University of Chicago, had been investigating the Sphinx since 1980. He was dismissive of Schoch's estimate that the Sphinx had been built around 7000BC, possibly earlier.

Ironically, Lehner's interest in Ancient Egypt and The Great Sphinx originated from his connection with the Association for Research and Enlightenment (ARE - The Edgar Cayce Foundation) which expounded theories of the lost civilisation of Atlantis. Indeed, Lehner had written a book 'The Egyptian Heritage based on the Edgar Cayce Readings' (11). He openly admitted, "it's no secret that when I went [to Egypt] I myself was imbued with the idea of lost civilisations ... So I was in fact ... looking for the lost civilisation and something called the Hall of Records." However, after his own exhaustive research, Lehner concluded there was no connection between Ancient Egypt and any lost civilisation and he wasn't prepared to have a youthful Schoch claim otherwise. Lehner's first objection to Schoch and West's claims was if an earlier civilisation had built the Sphinx, where was the evidence of it's existence? In his opinion it was nowhere to be found. 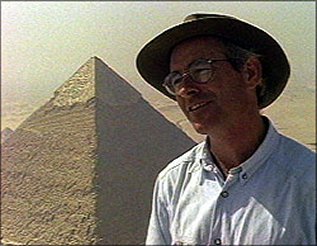 Secondly, Lehner implied that Schoch was incompetent as a geologist. "I don't think he has done his geological work yet ... one of the primary pillars of his case is that if you compare The Great Sphinx to the Old Kingdom tombs, they don't share the same weathering, therefore the Sphinx must be older, but he's comparing layers in the Sphinx to other layers." (12) Lehner was alleging that the 'Sphinx layers' ran under the tombs, so the tombs are made of different limestone, by implication harder, and should therefore have weathered much more slowly. If correct, this would have destroyed Schoch's case - and along with it any need to account for what peoples had built the Sphinx before the Egyptians.

The British Broadcasting Corporation (BBC) then entered the fray. They were preparing a television programme to show West's theory based on Schoch's evidence. It was important for them to establish who was right, Schoch or Lehner, as the corporation was anxious not to show a potentially flawed documentary that could damage its integrity and world-wide reputation fort serious and informed reporting. They therefore hired an independent expert to give a professional opinion on who was right. The outcome was beyond doubt; the tombs were made of the same flaky limestone as the Sphinx. Schoch and West were correct and Lehner's counter arguments had been dealt a body, but not a knockout, blow. 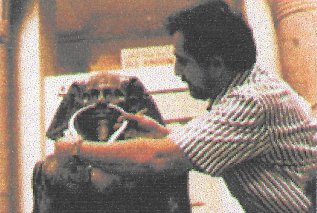 Lehner countered by arguing that the face of the Sphinx was in fact the same as that of an undamaged statue of Chephren (d. 2533BC). He published an article in the April 1991 issue of National Geographic in which he described using computer graphics to assist in this task. "We have constructed images of the Sphinx as it may have looked thousands of years ago. To create the face, I tried matching views of other sphinxes and pharaohs to our model. With the face of Khafre [Chephren], the Sphinx came alive." (13) Not so, West countered, stating that the two faces actually looked nothing like each other. West decided to approach Detective Sgt. Frank Domingo (above), a senior forensic police artist with the New York Police Department who had joined the ranks in 1966 for an informed opinion (14). Domingo had gained an impressive reputation in facial reconstructions to the extent that archaeologists and historians regularly sought out and used his services. 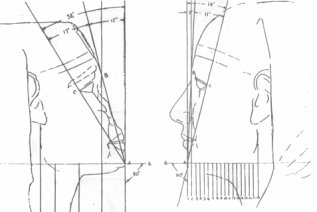 He was asked whether he was prepared to travel to Giza to clarify whether or not the Sphinx was actually Chefren. "What if I decide it is Chephren?" He asked. "If that's what you come up with, that's what I'll publish." West replied. (15) Domingo duly visited Cairo and took many photographs of the Sphinx and the statue of Chephren housed in the Cairo museum. He concluded that the chin of the Sphinx is far more prominent that that of Chephren, and more importantly, that a line drawn from the ear to the corner of the Sphinx's mouth sloped at an angle of 32 degrees. The same line drawn on Chephren is only 14 degrees. This along with other dis-similarities led Domingo to conclude that the Sphinx is definitely not a portrait of Chephren (16).Given that it is clearly not Chephren, who then might it may actually be?

The Great Sphinx is the world's oldest known sculpture, and has historically been dated to the Old Kingdom of Egypt during the reign of the Pharaoh Chefren (c. 2558-2532 BC) however recent research has called that into question as new evidence points to an earlier dating. If both John West and the respected geologist Robert Schoch are correct, then there must have been an organised civilisation on the planet before recorded history.

We will never know for certain but perhaps a clue lies in the overall shape of the Sphinx. Even a casual glance at the sculpture shows that the Sphinx's head is badly out of proportion with the rest of its body. Some researchers have suggested that the original head was much larger had could possibly have been that of a lion. This would certainly make sense for the rest of the Sphinx's body appears to be that of a lion. Why then recarve the sculpture? Again, speculation, but we do know that the body of the 'lion' has spent most of its existence under the sand. In all probability those, like Tuthmosis, rediscovering the Sphinx in the age of the Pharaohs, only came across its head, perhaps in a poor state of repair and so recarved it to represent the new age.